Trams and trains use these brakes and when the braking element is pressed by the magnetic force to the rail, it forces them to slow down and eventually stop. An electromagnetic brake has a different working principle from the mechanical track brakes, where the braking element is being mechanically pressed to the rail. Simply put, they are essential tools in many industries, robotics being one of them. Depending on the appliance, electromagnetic brakes are divided into more subcategories. 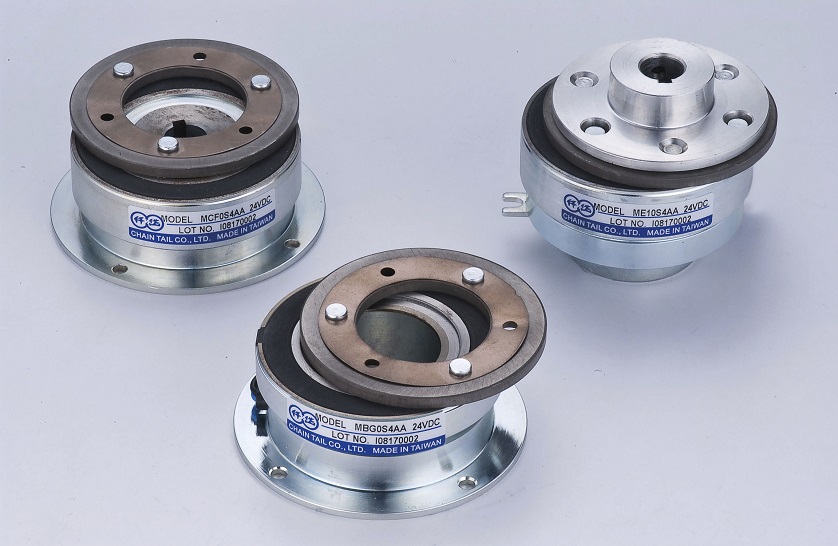 Power brakes are used in various industries as they hold or completely stop loads when electrical power is lost. Many lives have been saved thanks to power brakes, which has given them the recognition of being “fail safe” brakes. Their appliance is usually on electric motors, or close to them. They’re typically available in multiple voltages, can have standard or zero backlash hubs and are generally used in robotics.

Multiple disk brakes are most often used to deliver high amounts of torque in small spaces. They can be used both wet and dry, making them the perfect option for running on gear box applications, off-road equipment and multi speed machine tool applications. They transmit torque mechanically, however they operate through electrical actuation.

Particle brakes have a very different design compared to other electromagnetic brakes, thanks to the available torque range they offer. Just like other EM brakes, voltage to torque is linear, however, the torque in particle brakes can be very accurately. This makes them very suitable for tension control applications, like foil, wire winding control and film. They feature fast response times and are optimal for high cycle applications, such as magnetic card readers, labeling equipment and sorting machines.

This type can be remotely controlled and it has a wide torque range. These features make hysteresis power brakes ideal for stand applications where varying torque is necessary. They offer the largest torque range out of all hysteresis products since their drag torque is incredibly low. Most applications that involve this type of brakes are in the test stand requirements.

Depending on what you need to use an electromagnetic brake for, you can opt for one of the aforementioned types and rest assured that it will do the job you need it to do. They became extremely popular and widespread sometime around the middle of the 20th century, and ever since, their appliance has only increased.