The Advantages of Wind Energy for Rural Communities

Australian energy production is going through some rapid transformation which has a great impact on agriculture and rural economies. Many people living in rural areas, as well as farmers, have turned to renewable energy, as the conventional power sources are unreliable. The two most popular renewable energy sources in Australia are solar and wind. Wind energy is one of the fastest-growing energy sources in the world, and for all the right reasons. 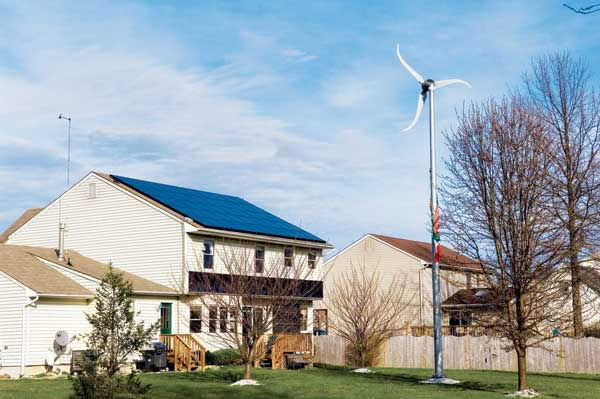 First and foremost, wind power is incredibly cost-effective. You can find large and small wind turbines for sale that meet your energy demands. They’re one of the lowest-priced energy sources available, and they’re estimated to cost somewhere between 2 to 10 cents per kilowatt/hour, depending on the project’s financing and the wind resource. Due to the fact that there are many wind farms nowadays, electricity harvested from them is sold at a fixed price, and since it’s fuel-free, wind energy mitigates the uncertainty in the price that fuel costs usually add to traditional energy sources.

Next, wind is a clean energy source. It doesn’t pollute like coal or natural gas, which are used in conventional power plants that cause economic damage and health problems due to the release of particulate matter, sulfur dioxide, and nitrogen oxides. Wind turbines don’t produce any atmospheric emissions that cause greenhouse gases, smog or acid rain. Furthermore, wind is sustainable, just like solar. In fact, wind is a form of solar energy, as winds are the product of atmospheric heating combined with the rotation of the Earth and the Earth’s surface irregularities. That being said, as long as the wind blows and the sun shines, there will be energy available for harnessing.

Moreover, wind turbines can be built onto existing ranches and farms, which greatly benefits the rural economies, as they’re the ones that have the best wind sites in the country. Once you find the ideal large or small wind turbines for sale, you can install them without halting all other work on the land around it. Small wind turbines are especially compact and easy to install.

There are many who claim that farmers should stick to growing food and fibre, and leave energy production to companies dedicated to that. However, with energy demands constantly increasing, and the fact that Australian agriculture has the capacity to assist in harvesting a lot of energy from renewable energy sources, it’s an opportunity that shouldn’t be neglected. In my opinion, the quicker we shift from coal and natural gas to solar and wind energy, the better for everyone.